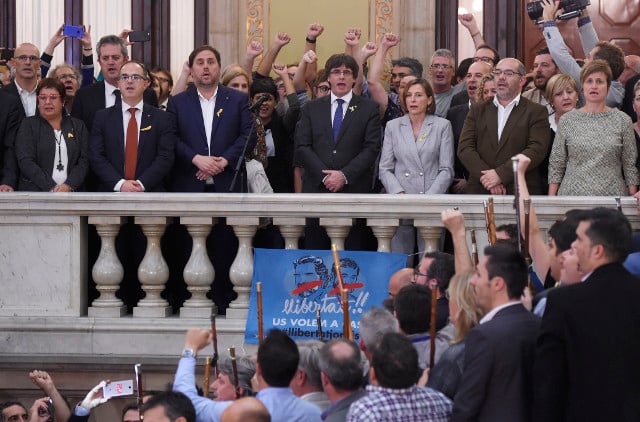 “You will have to maintain the momentum of this country in the coming hours, particularly where peace, civic responsibility and dignity are concerned,” he told lawmakers and onlookers in Barcelona.

Catalonia's Vice President Oriol Junqueras talked about defending universal values like “liberty and equality”. “We are convinced that we can share our universal values and be a single people, inclusive and with equal rights for all citizens,” he added.

As the two regional leaders spoke, Spain's Senate was busy approving powers for the Spanish government to dissolve Catalonia’s executive in order to end the independence drive.

“We have to take the measures necessary to re-establish the rule of law. The state will act in a measured and effective way as it has until now,” Spanish PM Mariano Rajoy said after his government was granted the power to intervene in Catalan autonomy by Spain’s upper house.