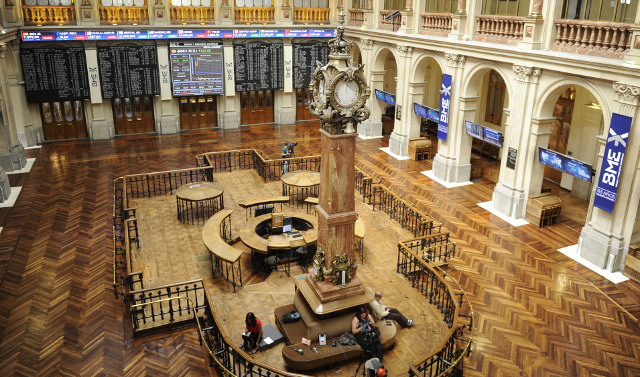 Meanwhile, Catalan separatist parties filed a resolution in the regional parliament Friday which, if passed, will mean they declare independence from Spain.

READ ALSO: 'We establish the Catalan republic as an independent state'

“The IBEX 35 is the notable exception to Europe's positive move, as the market is in the red,” said IG analyst David Madden.

“The Spanish Senate is expected to vote in favour of stripping Catalonia of its autonomous powers and impose direct rule from Madrid. Such a move is likely to stir up tensions in the region, and investors are staying clear of Spanish stocks.”

Spanish Prime Minister Mariano Rajoy has asked the Senate for the go-ahead to depose Catalan leader Carles Puigdemont and his executive in a bid to stop their independence drive.