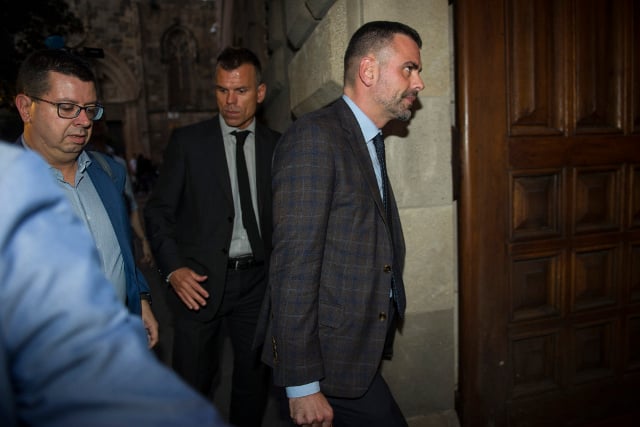 “I resign. My attempts at dialogue have failed again. I hope I was useful to president Carles Puigdemont and to Catalans until the last minute,” Santi Vila said in a Twitter message.

The 44-year-old Vila was opposed to Catalonia declaring independence from Spain and favoured the calling of elections for a new regional parliament instead, Catalan daily newspaper La Vanguardia reported.

Spain's Health Minister Dolors Monstserrat said Tuesday that Vila “and possibly some other regional ministers” may resign if the Catalan government moved towards a unilateral declaration of independence.

Vila earlier this month criticised a campaign launched by grassroots separatist groups urging Catalans to withdraw money from banks which had moved their legal headquarters out of Catalonia in recent weeks because of the uncertainty generated by the independence drive.

“Putting the economy in danger is always an own-goal,” he said.

Vila had served as business minister since July. He took over from Jordi Baiget who was forced out of the regional government after expressing doubt over whether an independence referendum opposed by Madrid would go ahead.

A member of the Catalan parliament since 2006, Vila — a prize-winning author — had served as regional culture minister between January 2016, until being moved to the business portfolio.

Catalonia's regional government went ahead with the referendum on October 1 despite a court ruling it unconstitutional.

Catalan leader Carles Puigdemont left it to Catalonia's regional parliament to decide whether to proceed with a declaration of independence.