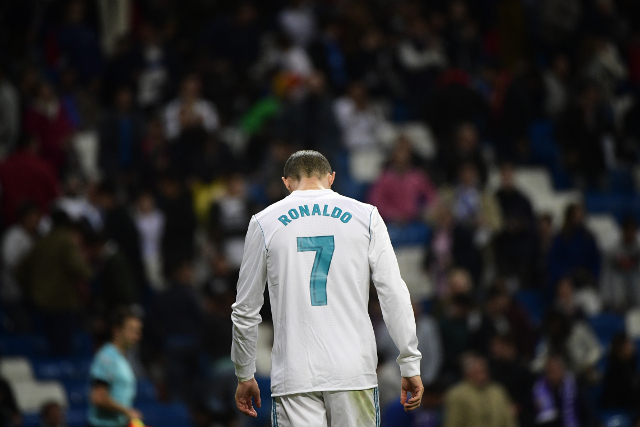 Ronaldo missed Real's first four La Liga games through suspension, but has managed just one goal in the last five and was wasteful once more in front of goal as Madrid eased past Eibar 3-0 on Sunday.

“He is the best by a long way,” said Zidane when asked if Ronaldo was the best player of his generation.

The Portuguese is expected to edge out Barcelona rival Lionel Messi to the award thanks to his stunning end to last season.

Ronaldo scored 10 times from the quarter-finals of the Champions League on as Real won a first La Liga and European Cup double in 59 years.

However, Messi has already scored 15 times in all competitions for Barca this season and netted a stunning hat-trick to ensure Argentina didn't miss out on next year's World Cup against Ecuador earlier this month.

“He has shown it many times, he is always there in the big games,” added Zidane.

“All the awards are deserved because he always wants to be the best and he is.”

Lineker's comments came as Benzema missed two huge chances while Real were held 1-1 at home by Tottenham Hotspur on Tuesday.

“He can have his opinion because he is on television a lot, but if you say to me Karim is overrated I don't agree,” said Zidane.

“I enjoy watching him on the field.”

After Paulo Oliveira's own goal and Marco Asensio's strike put Madrid in command on Sunday, Benzema came off the bench to tee up Real's third for Marcelo.

“Brilliant assist from Benzema. With his sort of quality it's hard to understand why Zidane left him out of the starting lineup,” Lineker responded wryly to the attention his comments have garnered in Spain in recent days.

Brilliant assist from Benzema. With his sort of quality it’s hard to understand why Zidane left him out of the starting lineup. ?

However, Zidane repeated his defence of Benzema's style from his pre-match press conference.

And that point was perfectly evidenced by Benzema's defence splitting pass for Marcelo to fire into the far corner.

“I like players who know how to associate with their teammates,” continued Zidane.

“He didn't score, but the move starts with him in midfield. It was a lovely move to see for anyone who likes football.”