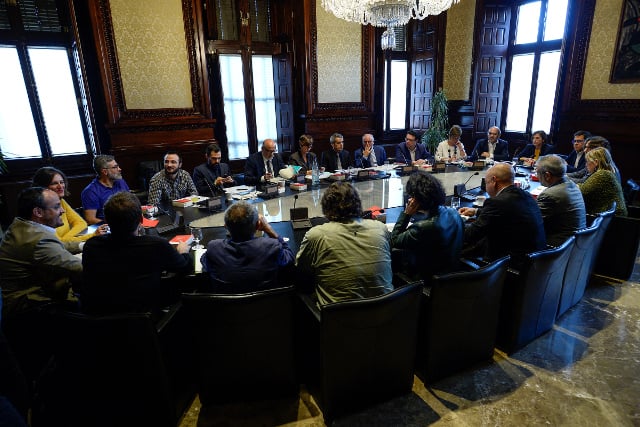 Governing coalition Together For Yes (Junts pel Sí) and allies CUP agreed to hold the session on Thursday, one day before Spain's Senate convenes to vote on Prime Minister Rajoy's proposed anti-independence measures, which along with dismissing the Catalan government also include intervening in public broadcasters TV3 and Catalunya Radio to “return them to neutrality”, and taking control of the Mossos d'Esquadra police.

At the session in Barcelona, Together For Yes will also ask the chamber to consider taking legal action in order to “defend Catalan institutions” from central government measures.

The time of the Catalan parliament debate has not yet been fixed however, as there is a possibility the president Carles Puigdemont will appear at Spain's Senate in Madrid on Thursday to defend the regional government.

Proposals for a Catalan response to Spain's article 155 measures will be made at the session, and could even include lifting the “suspension” on a unilateral declaration of independence.

READ ALSO: Article 155 and how Spain could suspend Catalonia's autonomy

The Thursday date was settled on by the pro-independence parties in order to ensure that a decision can be reached before Spain's senate in all likelihood approves Rajoy's measures a day later.

Spain is currently in the middle of its worst political crisis since the transition to democracy after Catalan separatists held an independence referendum on October 1st, despite it being deemed unconstitutional by Spanish courts.