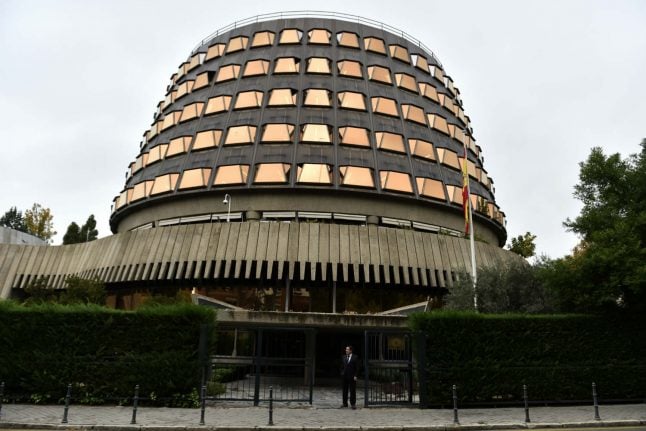 “The site is not accessible due to an overload,” she told AFP, in what appeared to be a distributed denial of service (DDoS) attack, when hackers make a website unavailable by flooding it with traffic.

Hackers from the loose-knit collective Anonymous — which has targeted a string of high-profile targets around the world in recent years – had threatened cyber attacks over the Catalan crisis, but the spokeswoman stressed that the source of Saturday's hacking was unknown.

“We are aware of the announcement from Anonymous but we do not know the origin of the attack,” she said.

The rest of the court's IT systems have been unaffected, she added.

Spain's National Security Department (DSN), which is part of the prime minister's office, warned on its website late Friday that Anonymous-linked Twitter accounts had announced a wide-scale cyberattack campaign for Saturday under the hashtags #OpCatalunya and #FreeCatalunya.

Spanish government websites have suffered a series of attacks in recent weeks.

The attack on the court website came as Spain's government prepared Saturday to announce unprecedented measures to seize powers from Catalonia's regional government over its threat to break away from the rest of the country.

The Constitutional Court had ruled the referendum illegal and voting day was marred by a heavy police crackdown as central authorities sought to prevent it from happening.

Catalonia's government says 90 percent voted for independence, but turnout was given as only 43 percent as many Catalans who back staying part of Spain stayed away from the referendum.