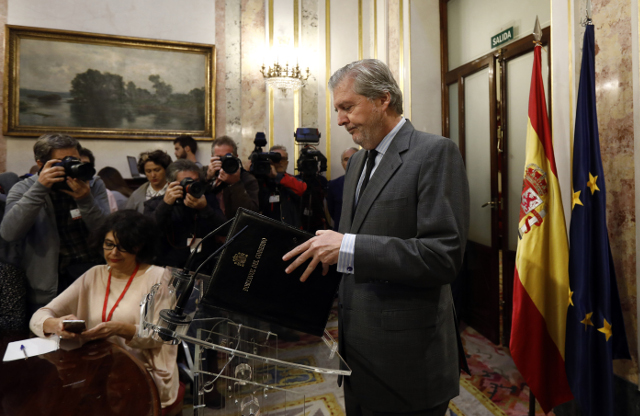 The euro rose versus the dollar on the 30th anniversary of Black Monday — that “saw the largest single-day decline seen in US stocks in their history” on October 19, 1987, recalled David Cheetham, chief market analyst at traders XTB.

On Thursday, European stock markets were “firmly on the back foot as a raft of company report earnings missed expectations, while investors await the next steps with respect to the constitutional crisis in Spain and today's EU summit in Brussels”, noted Michael Hewson, chief market analyst at CMC Markets UK.

Spain said it would press ahead with suspending Catalonia's autonomy after the region's leader warned he may declare independence, heralding an unprecedented escalation of the country's worst political crisis in decades.

The prolonged uncertainty is taking a toll on one of Spain's most important regional economies.

More than 800 companies have moved their legal headquarters out of Catalonia, citing the risk of instability. The national government has cut its growth forecast for next year to 2.3 percent, blaming the current crisis.

Traders were looking also to Brussels, as EU President Donald Tusk warned Britain not to expect any breakthrough in Brexit negotiations at a European summit starting Thursday, saying London needed to come up with more concrete proposals.

Leaders of the other 27 EU members meeting in Brussels through to Friday are set to postpone until at least December a decision on whether enough progress has been made in talks to move on to discussing Britain and the EU's future relationship.