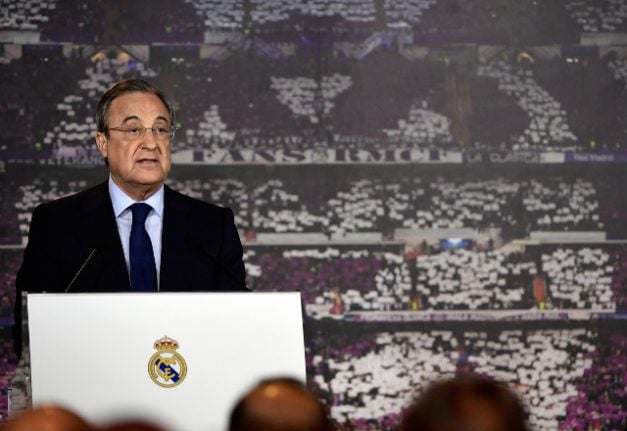 “There are hypotheticals that I do not consider. I am not considering a Spain without Catalonia nor La Liga without Barcelona,” the Madrid president for nearly 15 years over two spells told online newspaper El Español on Wednesday.

“Obviously it worries me like everyone else, but I can offer little assistance.”

“I trust the government and the parties that back the constitution that have united to solve the problem in the best possible way.”

Spain has been shrouded in uncertainty since an independence referendum called by pro-separatist parties — and deemed illegal by the Spanish government — on October 1st was marred by a violent crackdown on people trying to vote.

Barcelona is the capital of Catalonia, and FC Barcelona have backed the region's right to self-determination, but stopped short of supporting independence.

La Liga president Javier Tebas announced on Tuesday that he has delayed putting future international TV rights out to tender due to the uncertainty.

According to Tebas, the TV rights are likely to lose 20 to 25 percent of their value should Barça leave La Liga.

However, Barça have stressed their desire to remain in the Spanish league.

El Clasico clashes between the two are routinely the most watched matches around the world, attracting a reported audience of 650 million.