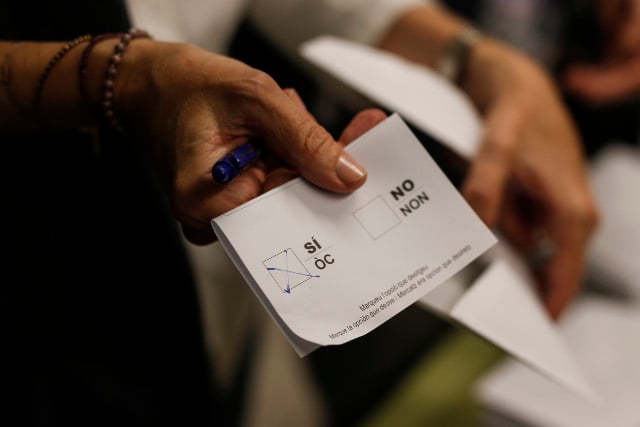 The Constitutional Court suspended the referendum law a day after it was fast-tracked through Catalonia’s regional parliament on September 6th, which according to regulations allowed a five month period to come up with a ruling. On Tuesday the court made a unanimous decision to rule the law unconstitutional and invalid.

The banned referendum in Catalonia on October 1st saw 90 percent of those who cast ballots vote for independence, but only 42 percent turnout from the region's voting population. It is thought that many of those opposed to secession stayed at home and did not vote.

In its ruling, the Constitutional Court reiterated that Catalan authorities have a duty to “impede or freeze any initiative that could mean ignoring or avoiding the carrying out of this sentence”.

Following the October plebiscite, Catalan regional president Carles Puigdemont said he had a mandate for Catalunya “to be an independent state in the form of a republic” but suspended a unilateral declaration of independence. The Spanish government has given him until Thursday to pull back his independence push.