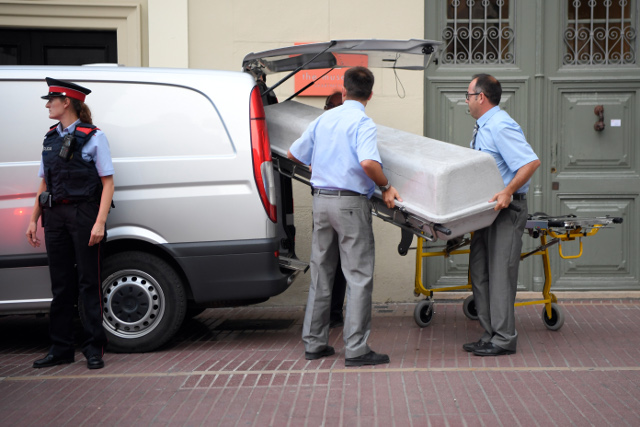 Salvador Dalí was exhumed 28 years after his death in order to determine whether he was the biological father of Pilar Abel. Photo: Lluis Gene/AFP

DNA tests prove that Salvador Dalí, who died in 1989 aged 84, was not the biological father of Pilar Abel, a 61-year-old who claims her mother had a covert relationship with the artist, according to a Madrid court ruling dated October 13th published on Monday.

The court also ordered Abel to pay for the exhumation of Dalí's remains in July without specifying how much the operation cost.

The arduous task involved removing a slab weighing more than a tonne that covered his tomb at the Dalí Theatre-museum in Figueras where the eccentric artist was born in 1904.

Contacted by AFP, the Dalí Foundation, which promotes the artist's legacy, said it still had not evaluated the total cost of the exhumation.

The foundation had blasted a court ruling ordering the exhumation as “unusual and unjustified”.

Abel can appeal the court's dismissal of the paternity lawsuit.

If she had been confirmed as Dalí's only child, she would have been entitled to 25 percent of the huge fortune and heritage of one of the most celebrated and prolific painters of the 20th century, according to her lawyer Enrique Blanquez.

Dalí, known for his elongated figures and wilting clocks, left his estate, which includes properties and hundreds of paintings, to the Spanish state.