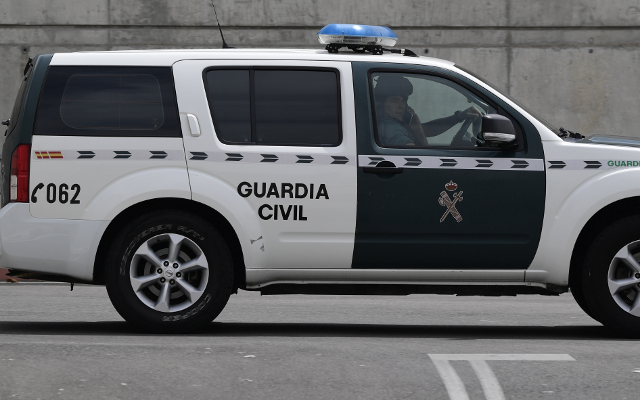 File phot of a Guardia Civil police car not related to the story. Photo: Javier Soriano/AFP

The 21-year-old “formed part of an international network of people loyal to Isis thought to have participated in forums used to recruit women with the goal of sending them to conflict zones,” Spain's Interior Ministry (Ministerio del Interior) said in a statement.

The woman, who was born in northern Spain, “went through a process of virtual self-radicalisation, consuming propaganda products from jihadist groups containing extremely violent content,” the statement continued.

It revealed that the FBI's assistance was “fundamental” in identifying the criminal behaviour of the woman, who was detained in Palamós, near Girona on Tuesday morning. The Guardia Civil raided her apartment and searched her vehicle in the hunt for evidence.

She was radicalised through a combination of consuming jihadist propaganda and the intervention of other people who contacted her through social networks, the Interior Ministry explained.

In the process of the investigation the FBI and Guardia Civil also discovered the existence of other individuals conducting themselves in a suspicious manner, including a woman arrested in Barcelona in November 2015 accused of collaborating with Isis, and a man arrested in the US in June 2016 who had a “close connection” with the woman arrested in Palamós.

According to the Interior Ministry, 249 jihadist terrorists have been detained in operations carried out by Spanish security forces since the start of 2015.