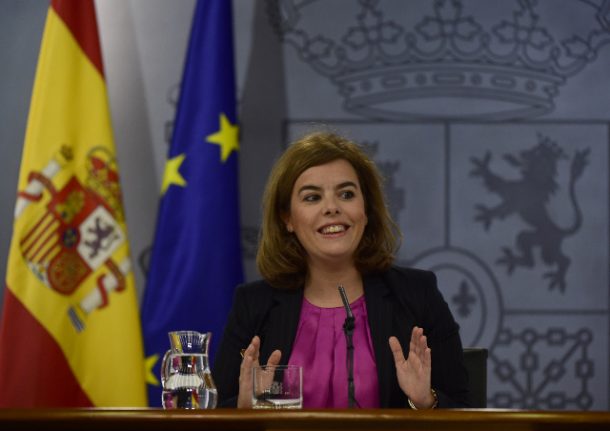 Carles Puigdemont had a deadline of 10.00 on Monday to formally clear up his announcement last week that he had accepted a mandate for Catalonia to be independent but “suspended” a declaration of independence in the hope of dialogue.

Puigdemont sent a written response to Spanish PM Mariano Rajoy on Monday morning, but it failed to directly answer the question of whether he had declared independence or not, and the Spanish government is not satisfied.

“The government regrets that the president decided not to respond to the request,” Spain's deputy prime minister Soraya Sáenz de Santamaría said at a media conference.

“It was not difficult to say yes or no to whether he had declared independence,” she added.

Santamaría revealed that PM Rajoy has already sent a letter of his own to Puigdemont telling him he has until Thursday to state whether he will pull back his push for independence, or indeed that no declaration of independence occurred.

If he does not then the Madrid government will move to apply article 155 of the Spanish constitution. That could mean the Spanish government intervenes in the autonomy of Catalonia.

The deputy PM also brushed off Puigdemont’s continued calls for dialogue, saying that any such dialogue has to “happen within the law”, which would mean the Catalan president appearing at Spain’s Congress of Deputies to debate.