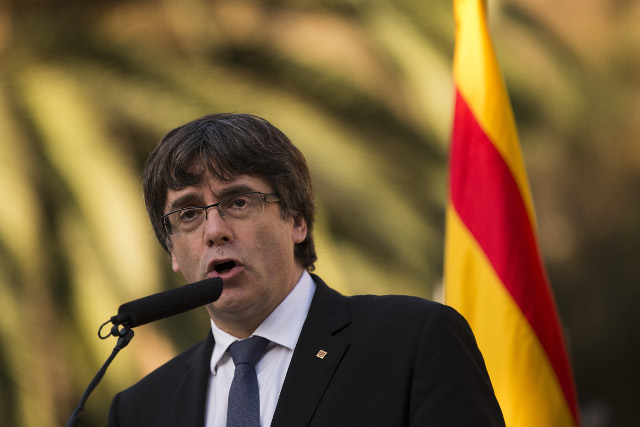 Spain's government gave Puigdemont until 10:00 am on Monday to clear up his stance on secession, following the Catalan's announcement last week that he had accepted the mandate for Catalonia to be an independent republic, but had decided to suspend a declaration of independence in the hope of dialogue.

Rajoy reacted to the ambiguous move by formally asking Puigdemont to clarify whether he had declared independence or not, but in Puigdemont’s written response on Monday, the pro-independence leader did not specifically answer that question. Instead, the letter focuses once again on his desire for dialogue, as well as what he labels “repression” by the Spanish government.

“When on the 10th of October, due to requests from numerous international, Spanish and Catalan institutions and people, I proposed a sincere offer of dialogue, I did so not as a demonstration of weakness, but rather as an honest response in order to find a solution to the relationship between the Spanish state and Catalonia, which has been broken for many years,” Puigdemont wrote.

“The priority of my government is to, with all our strength, find a path for dialogue. We want to speak, as established democracies do, about the problem seen by the majority of the Catalan people, who want to take their path as an independent country in the European framework,” he continued, proposing a two month period for dialogue and mediation.

Puigdemont also requested that the Spanish state “reverse the repression of the Catalan people and government” pointing to examples like accusations of sedition against the head of Catalonia’s Mossos d’Esquadra police force Josep Lluis Trapero, and the “violation of fundamental rights” such as the freezing of bank accounts, censorship of internet and media, and “the brutal police violence exercised on the peaceful people on October 1st”.

He ended the letter with a second request, asking for a meeting to be set up as soon as possible “that would allow us to explore the first agreements”.

The focus now shifts to the Spanish government, and whether it considers Puigdemont's failure to clarify if he declared independence sufficient enough to move forward with the process of suspending Catalonia's autonomy through the use of article 155 of the Spanish constitution.