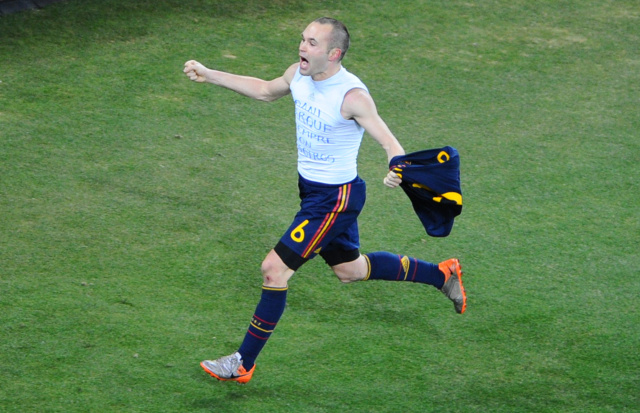 Barcelona midfielder Iniesta, 33, signed a first ever “contract for life” with the Catalan giants last week.

However, after a few injury-plagued seasons, he is hoping just to be fit in 2018 to top off a stunning international career.

As well as scoring the winning goal in the 2010 final, Iniesta helped Spain win back-to-back European championships in 2008 and 2012.

“I am realistic. There is a great chance this World Cup will be my last event with the national team,” Iniesta told Barcelona-based daily Sport on Friday.

“I am aware of the moment, my age and everything it entails, but we will see how things develop.”

“There are many months still to go until the World Cup and hopefully everything will go well so that I can be in Russia.”

Iniesta even refused to rule out retiring at club level at the end of the season when signing his new contract last week.

And he insisted the idea of the lifetime contract is to give both him and the club freedom to decide when the time is right for his playing career to come to an end.

“The idea of the contract is to evaluate every season how I can perform or what I can still mean as a player,” added Iniesta.

“Right now I still feel like a footballer and I don't have a vision of what I want to be in a few years.”