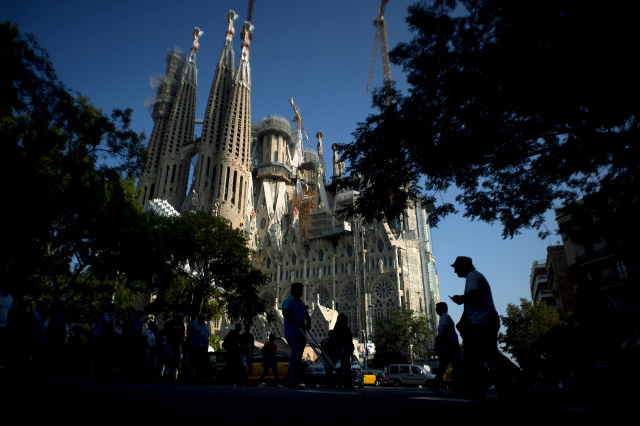 The semi-autonomous region accounts for one fifth of national GDP and is Spain's largest exporter, but as the country's worst political crisis in a generation drags on there are fears businesses will seek stabler ground.

“To return to Catalonia you must be absolutely certain there is no instability,” Juan Ignacio Sanz, banking expert at Barcelona's ESADE business school, told AFP.

“And that could take several years.”

At least 40 large and medium firms have already moved their legal headquarters out of the region, including Spain's third-largest lender Caixabank, energy giant Gas Natural and highway toll group Abertis.

Although no major job losses have yet been announced, it remains unclear if an independent Catalonia could count on tax revenue from departed businesses.

“If what has happened in recent weeks continues, that should make the Catalan government face reality: Big firms are leaving and that's catastrophic for Catalonia's tax revenues,” Eric Dor, director of economics at the IESEG management school in Paris, told AFP.

Separatists argue that Catalonia is helping to prop up Spain's economy, paying more in taxes than it gets back, and believe breaking from Madrid would allow the region to prosper.

It is, after all, Spain's most visited tourist destination, a major industrial force and a leader in research and development, publishing and new tech.

But it is in debt to the tune of 76.7 billion euros — mostly owed to Madrid — and it is unable to borrow directly on financial markets.

“It is inconceivable that (Prime Minister Mariano) Rajoy's government would simply wipe away this debt in the event of a Catalan secession from Spain,” said Nathan Jones, a Spain expert and politics professor at Britain's Nottingham Trent University.

The crisis is also impacting Spain, with deputy prime minister Soraya Saenz de Santamaria on Friday warning it “imperils” the country's recovery from the financial crisis.

Catalan president Carles Puigdemont insists an independent Catalonia would be a vibrant economic member of the European Union.

But Brussels has repeatedly said a breakaway Catalonia would automatically leave the bloc and would have to wait for admission — and its incorporation efforts would almost certainly be vetoed by Madrid.

IESEG management school's Dor said that were an independent Catalonia to enter the EU, its GDP per capita of 28,600 euros ($33,600) would rank it 12th among member nations.

“So it absolutely could be a viable state,” he said.

But, Jones points out, there is “no certainty” that a debt-laden Catalonia would meet membership criteria — including adopting the euro — even if the political hurdles were overcome.

“All of this would potentially leave Catalonia isolated from key trading partners and heavily indebted to the Spanish government, severely weakening its economy,” he said.

El Confidencial, a business daily, reported Friday that the Mobile World Congress, a gathering of global telecom firms and a major source of tourism revenue, was considering postponing its 2018 event in Barcelona.

“We are continuing to monitor developments in Spain and Catalonia and assess any potential impact,” a spokeswoman told AFP.

Ratings agency Standard and Poor's, which is considering downgrading Catalonia, said on Thursday that the region risked recession if the row over independence dragged on.

The CEOE business lobby warned Catalonia was already “seriously affected by companies moving their headquarters, the cancellation of new investment, a reduction in tourist reservations and a general outlook of uncertainty and maximum concern.”

The crisis has echoes of the economic turmoil suffered by Quebec during its flirtation with secession from Canada in the 1970-80s.

Puigdemont, who on Tuesday declared independence but suspended it pending talks with Madrid, told regional lawmakers that secession would have “no real effect on our economy.”

But analysts, including Juan Fernando Robles, economics professor at Madrid's UNED university, fear it will take a long time to restore investor faith even if the region doesn't break away this time.

“It will be a long time before confidence returns.”