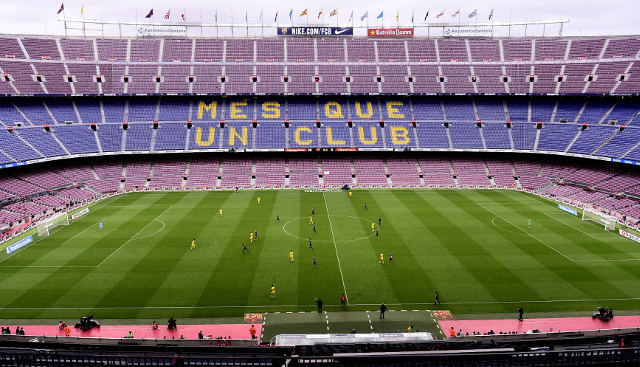 Speaking on Wednesday following the signing by Catalan leaders of a 'suspended' declaration of independence, Grau noted:

“The budgets are based on participation in La Liga. I think that La Liga and Barça must continue together”.

On the eventual impact on Barcelona's sponsors should the region break away from Spain, Grau said: “Sponsors are very happy to be associated with Barça, with the club's structure, with its style of play, with its DNA, the values it promotes, and that is an asset we will always maintain.”

Grau was speaking less than 24 hours after Catalan president Carles Puigdemont announced that he had accepted the mandate for “Catalonia to become an independent state” following the contested October 1st referendum.

But in a speech to the Catalan parliament, Puigdemont immediately called for independence to be suspended, to allow for negotiations with Madrid.

La Liga's president Javier Tebas has repeatedly insisted that Catalan teams would not be allowed to continue in La Liga after independence.

“If the rebellion succeeds, we will work for a league without Barcelona,” Tebas told BeIN Sports Spain this week.

Tebas's reasoning is that Spain's sports law only allows teams from Spain and Andorra to participate in Spanish leagues.

However, a change in legislation could allow Catalan teams to continue and many believe Tebas's hardline stance could soften should independence be established, not least due to the economic blow that losing Barça could have for La Liga.

Barça have tried to walk a political tightrope by coming out in favour of Catalonia's right to self-determination, but stopping short of backing independence.