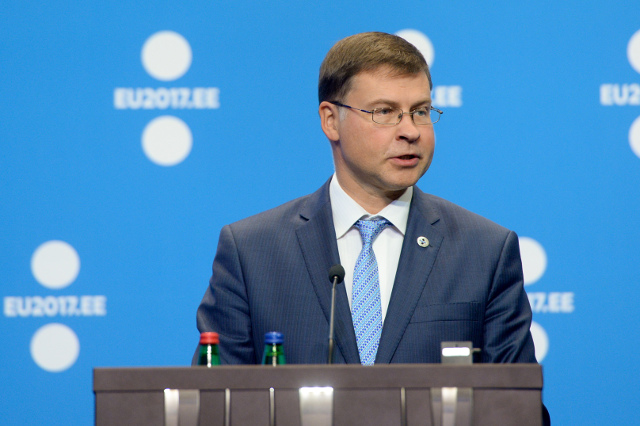 Brussels has stood firmly with Madrid in the crisis surrounding Catalonia's October 1st referendum on independence, which Spanish courts declared illegitimate, but called for talks to defuse the situation, which has rocked the European Union.

European Commission vice-president Valdis Dombrovskis said that commissioners had “briefly” discussed the issue at their weekly meeting on Wednesday, a day after Calatan leader Carles Puigdemont said there was a mandate to split from Madrid.

“The commision is following closely the sitation in Spain and reiterates its earlier call for full respect of the Spanish constitutional order,” Dombrovskis told reporters in Brussels.

He said the commssion, the executive arm of the 28-nation European Union, trusted Prime Minister Mariano Rajoy “and all political forces who are working towards a solution within the framework of the Spanish constitution”.

Rajoy has vowed to do everything in his power to prevent Catalan independence and has threatened to suspend Catalonia's regional autonomy.