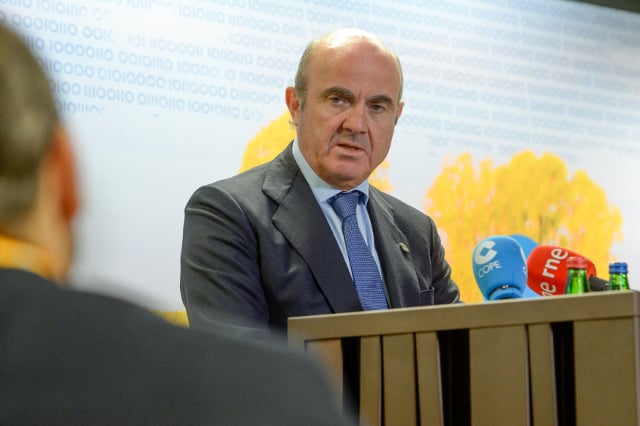 One of Spain's most respected politicians internationally, de Guindos slammed the independence call as a “rebellion against the rule of law”, just ahead of a key speech by Catalonia's leader Carles Puigdemont.

“What I can say is that everyone has supported the position of the Spanish government,” said De Guindos, as he arrived at a meeting with his EU counterparts after breakfast talks with ministers from the European People's Party, the bloc's right-of-centre political grouping.

De Guindos also highlighted the support of the EU institutions, as well as member states, which in recent weeks have said they consider the Catalan crisis to be an internal Spanish matter and voiced respect for Spain's legal
framework.

His comments come hours before an expected speech by Puigdemont after Catalonia held an referendum prohibited by the central government which overwhelmingly backed independence.

It is not known whether the 54-year-old Catalan president will actually go ahead with a declaration of independence or back down.

“It's all up to Mr Puigdemont right now,” said De Guindos, who wanted the return of “common sense, not only for Catalonia as a whole, but also for the whole of Spain and Europe.”