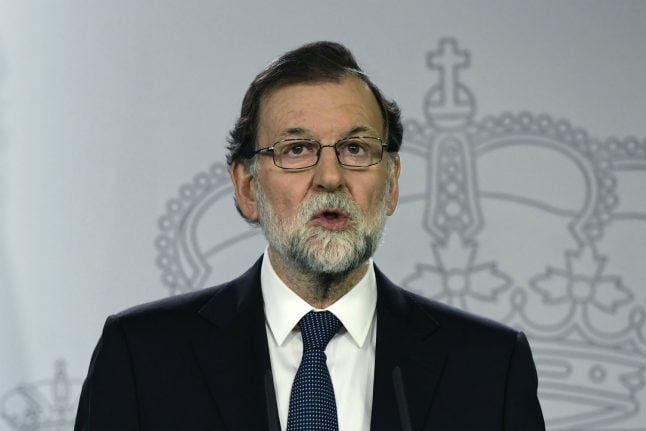 “I don't rule out anything,” Rajoy said in an interview with the daily newspaper El Pais Sunday when asked about applying the constitutional provision that allows the suspension.

“But I must do things at the proper time… I would like the threat of an independence declaration to be withdrawn as quickly as possible,” Rajoy said in his first interview with a major newspaper since an outlawed referendum was held on October 1st.

“The ideal would be not to have to take drastic measures,” he said.

Since holding the referendum, in which Catalonia said an overwhelming number of those who voted chose independence, the wealthy northeast region's leaders have vowed to make a declaration of independence.

In the interview Rajoy assured Catalan leaders that there “is still time” to backtrack and avoid triggering a tough response from the central government in Madrid.

The prime minister reiterated his refusal “to discuss the unity of the country” stressing that in any case “we don't talk under threat”.

Commenting on widely-criticised police violence during the referendum, Rajoy said that “some mistakes were made” but that the fundamental error had been committed by his adversaries, who have put “national sovereignty” in danger.