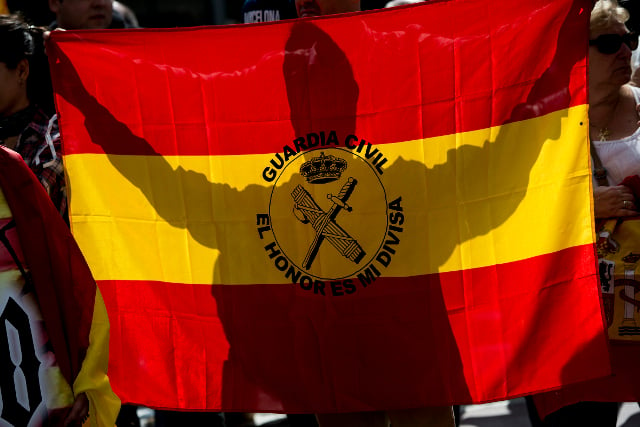 A protest against independence in Barcelona. Photo: Josep Lago/AFP

Written by Davide Kaye, Special Rapporteur on the promotion and protection of the right to freedom of opinion and expression, and Alfred de Zayas, Independent Expert on the promotion of a democratic and equitable international order, a new statement on the United Nations High Commissioner for Human Rights (OHCHR) website calls for Spanish authorities “to ensure that measures taken ahead of the Catalan referendum on 1 October do not interfere with the fundamental rights of freedom of expression, assembly and association, and public participation”.

“Regardless of the lawfulness of the referendum, the Spanish authorities have a responsibility to respect those rights that are essential to democratic societies,” the experts said.

Catalonia's separatist government plans to hold a referendum on independence on October 1st despite Spain's Constitutional Court ruling it illegal.

The two UN experts describe as worrying the escalating tensions, the seizing of referendum materials, blocking of websites, and arrests of politicians.

“The measures we are witnessing are worrying because they appear to violate fundamental individual rights, cutting off public information and the possibility of debate at a critical moment for Spain’s democracy”.

READ ALSO: Millions of ballots seized ahead of Catalan vote

Deploying extra police officers in the region may also worsen tensions, they note:

“We are concerned that this order and the accompanying rhetoric may heighten tensions and social unrest. We urge all parties to exercise the utmost restraint and avoid violence of any kind to ensure peaceful protests in the coming days”.

The rights experts conclude by noting that they have been in contact with the Spanish government about the situation.

Polls show people in the wealthy northeastern region of Spain are divided on the issue of independence, but a majority want to vote in a legitimate referendum to settle the matter.