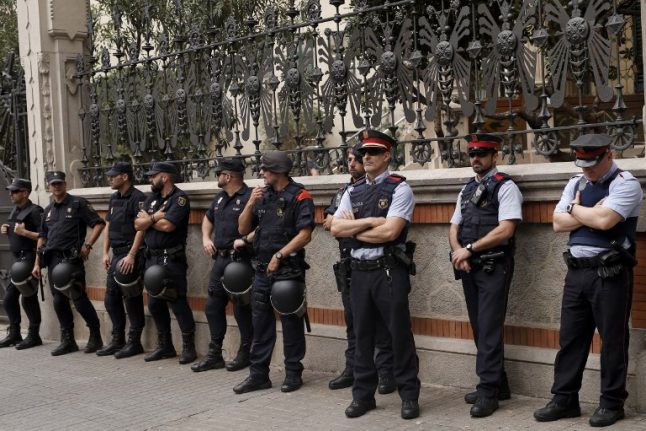 In an updated advisory for Spain posted on its website, the German foreign ministry told travellers that major demonstrations could be expected at the weekend, particularly in the regional capital Barcelona.

“An escalation cannot be ruled out,” the message said.

The ministry said it was advisable to “follow local media reports, avoid large gatherings of people and absolutely obey the instructions of security forces”.

VOICES: What Catalans really think about the vote for independence

The Dutch foreign ministry warned of “demonstrations and protest actions”.

“Avoid the protests. Be vigilant,” it said, following a similar advisory issued in France on Thursday.

The demonstrations “could continue in the days to come and disrupt transportation,” the foreign ministry in Paris said, calling on French nationals to heed any advice given by Spanish authorities.

Meanwhile Warsaw said Poles should “avoid, before the referendum, on the day of the vote and immediately after it, public gatherings of political nature”.

Spanish police have for days been seizing electoral items such as ballot papers as they follow orders to stop the referendum from taking place, after courts ruled it unconstitutional.

And Catalonia's separatist executive has vowed to go ahead despite Madrid's ban.