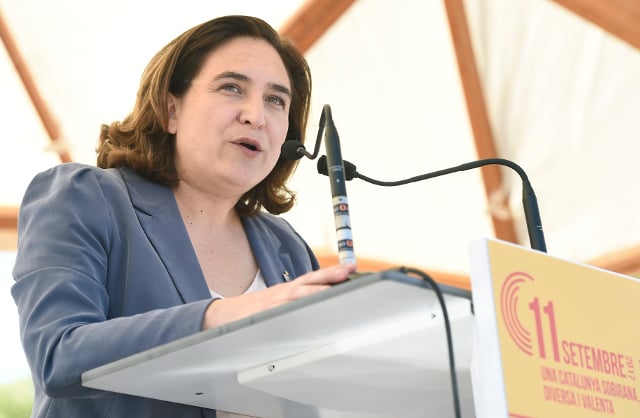 “It is my obligation as mayor… to call on the European Commission to open a space for mediation between the Spanish and Catalan governments to find a negotiated and democratic solution,” she wrote.

Barcelona “does not want a collision with unforeseen consequences. I am convinced most of our European partners do not want that either,” she said.

Colau is against independence but she condemned the behaviour of Prime Minister Mariano Rajoy's “intransigent government” in Madrid, saying it had worsened the standoff with the Catalan regional government.

Legal action against Catalan officials “will only help raise social tensions and block any possibility of finding a way out of the conflict,” she said.

“The Spanish government has allowed the Catalan conflict to escalate from an internal dispute to a European conflict,” she said, adding that Europe could not be “passive” over the Catalan issue.

“Defending the fundamental rights of Catalan citizens against a wave of repression from the Spanish state is also the same as defending the rights of Spanish and European citizens,” she said.

The Catalan government has vowed to press ahead with Sunday's plebiscite in the wealthy northeastern region despite a crackdown by Madrid which wants to prevent a vote ruled unconstitutional by the courts.

The showdown is one of Spain's biggest political crises since the end of the dictatorship of General Francisco Franco four decades ago.

The referendum has deeply divided Catalonia, which is home to about 7.5 million people and accounts for about a fifth of the country's economy.