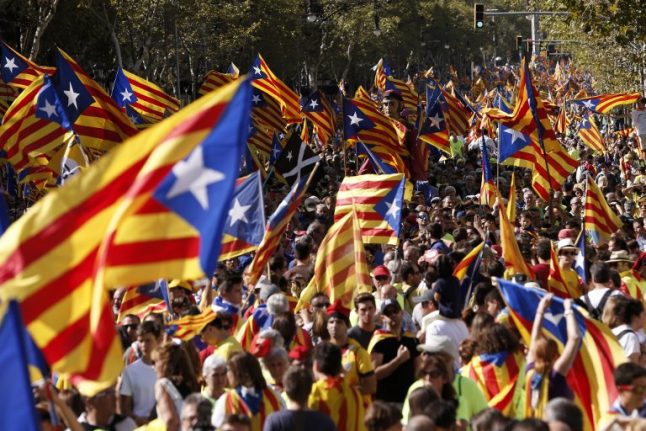 The prosecutors' office ordered the mayors who have agreed to help stage the vote be summoned to court as official suspects and if they do not appear to “order their arrest”, according to a copy of the ruling obtained by AFP.

Catalonia's pro-separatist government has asked the wealthy northeastern region's 948 mayors to provide facilities for polling stations for the plebiscite.

So far over 700 mostly smaller municipalities have agreed to participate.

The ruling comes a day after prosecutors ordered police in Catalonia to seize ballot boxes, election flyers and any other item that could be used in the referendum.

Prosecutors have already launched an official complaint against Catalan president Carles Puigdemont and members of his government over their referendum plans, accusing them of civil disobedience, misfeasance and misappropriation of public funds — the latter carrying jail sentences of up to eight years.

READ MORE: 'Catalan independence: 'Politicians are acting like children with a box of matches'

Prime Minister Mariano Rajoy's conservative government has vowed to do everything in his power to stop the referendum. It argues Spain's 1978 constitution stipulates that regional governments can not call an independence referendum.

Spain's Constitutional Court has suspended a referendum law that was fast-tracked through Catalonia's regional parliament last week but the Catalan government has vowed to go ahead with the vote nonetheless.

The court has since 2015 declared regional independence referendums to be unconstitutional.

Catalan authorities routinely ignore the court's decisions as they do not recognise its legitimacy.

Catalonia, which is roughly the size of Belgium and accounts for about one-fifth of Spain's economic output, and already has significant powers over matters such as education and healthcare.

Hundreds of thousands of Catalans rallied on Monday in Barcelona on their national day to demand their region's secession from Spain and support the right to vote.