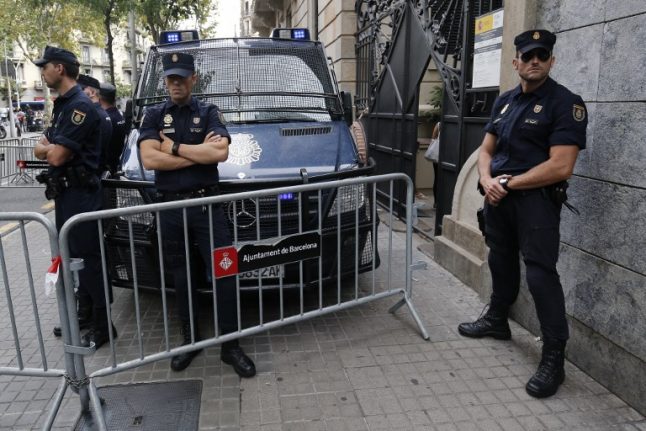 “Criminal charges are being prepared” against the leaders of the Catalan parliament as well as officials in the regional government who prepared the referendum decree, general prosecutor Jose Manuel Maza told reporters.

Maza, who was nominated to his post by the government of conservative Prime Minister Mariano Rajoy, also said judicial officials would be ordered “to seize the effects or material intended to prepare or hold the illegal
referendum”.

He added that regional prosecutors, assisted by national police as well as the regional Catalan police force, the Mossos d'Esquadra, had been told to investigate any actions taken to organise the vote, with potential charges of “disobedience”, “prevarication” (wilful deceit) and “misuse of public funds”. Rajoy said Catalan regional leaders had committed an “intolerable act of disobedience” in approving the October 1st referendum, and that his government was asking Spain's Constitutional Court to annul the referendum law.

He also said all municipalities in the region would be warned over their “obligation to impede or paralyse” efforts to carry out the vote.

The warnings were brushed aside by a Catalan government spokesman, who insisted the referendum would take place despite a “covert state of siege” being imposed by the central government in Madrid.

“Whether it's snowy or windy, we will do it because we have a contract with the citizens of Catalonia,” Jordi Turull said.

“This does nothing to alter the government's project,” he added. “Faced with this covert state of siege, we now feel obliged to defend our most fundamental rights.”

Catalan lawmakers approved the vote late Wednesday in a marathon session, clearing the way to ask the region's 7.5 million inhabitants if they are in favour of seceding from Spain.

The Constitutional Court had already declared in February that such a vote would be unconstitutional.