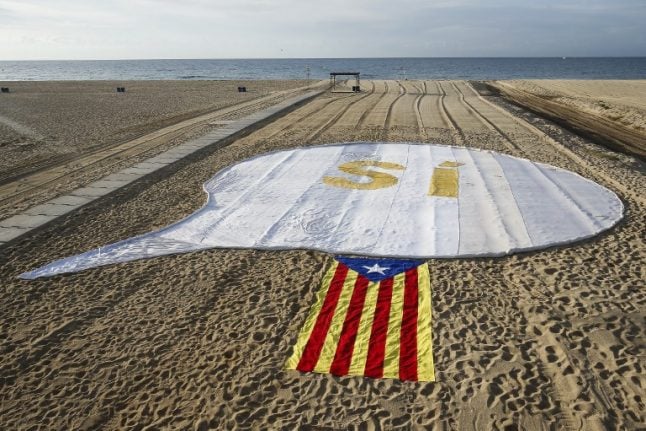 An "Estelada" beside a banner reading "SI" (Yes) on a beach near Barcelona during an action called by ANC (Catalan National Assembly) to support a referendum on independence in Catalonia. Photo: AFP

“The Spanish government has asked the Constitutional Court to declare void and without effect the agreements adopted” by the Catalan parliament earlier on Wednesday, Spain's Deputy Prime Minister Soraya Saenz de Santamaria told a news conference.

She blasted the parliament's agreement to vote on the referendum bill with little debate as an “act of force” that is characteristic of “dictatorial regimes”.