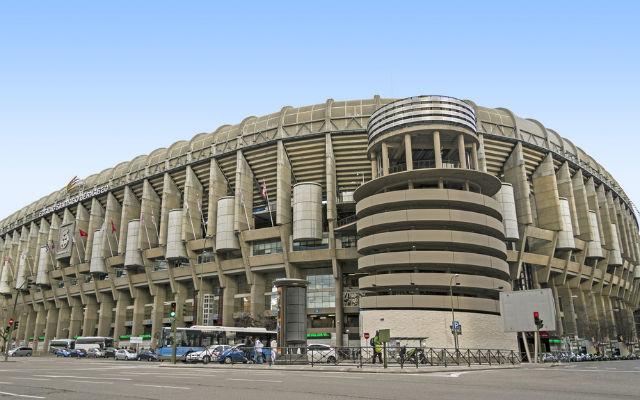 Tania Ribeiro Cunha, branding consultant for the company who were responsible for the refurbishing of Valencia and Sevilla's stadia and are presently in charge of constructing Atletico Madrid's new home, says gone are the days when clubs could expect spectators and sponsors to watch football in dilapidated and ageing stands.

“The importance cannot be overstated,” she told AFP at the Soccerex conference, of how an improved experience for fans was crucial. “La Liga has the knowledge to go beyond the EPL product as regards stadia,” she said.

“There are examples in European and non-European leagues of a great product on the pitch but played in empty stadia so the return for the sponsors is not satisfactory and they don't wish to invest more.”

It is not just about what goes on on the pitch, it is the experience as well. “There is an entirely new generation coming to the stadia and you cannot be happy welcoming them to an old stadium that is falling apart. It is just not good enough as there are higher demands these days.”

Ribeiro Cunha, who prior to her present job for MolcaWorld worked for Manchester City and then Valencia, says the refurbishing of the stadia fits the bill for all parties, especially La Liga who want their product to be beamed round the world showing it off at its best.

“The concept is the refurbishment of all stadia,” she said. “Not every club has to build new ones and incur massive debt. They are getting 21st century facilities with low-cost investment from each club.

“What we analyse is what the public want, that the sponsors are demanding an increase on the return for investors as well as the commercial reward for clubs. The only thing we don't do is the turf!

“Following the refurbishment of Valencia (2014) and Sevilla (2015), the financial results the clubs had generated completely changed. “La Liga understood that the right advertising positions and how to place logos and TV cameras, added to increased comfort for the fans, set a benchmark for all clubs and they sent out guidelines how first and second division clubs should follow suit.

“The first phase was for advertising positions and the TV camera angles.”

“The second phase was to have all the stadia refurbished in full (covering anything from the stands to the players' benches and tunnel) which can improve the experience for the fan and maximise the football project on the TV.

“Obviously having the old stadium would not look as good as a new one on TV.”

Ribeiro Cunha, who is Portuguese, said the costs incurred by the clubs are negligible when compared to the riches awaiting them as a result of their investment.

“(For) any club making this investment it is easily absorbed because prior to this there has been decreased attendances, no hospitality entertaining and the sponsors are cutting their investment because there is nobody coming to the matches,” she said.

“However, once you have improved the facilities and got the right TV camera angles and made it a far more comfortable experience the expenditure is easily absorbed because you will have more investment from the sponsors and companies availing of the hospitality boxes and more spectators.

“It is not a cost, it is an investment.” However, Ribeiro Cunha's experiences in England have left their mark.

“It is true I consider the EPL still as the benchmark in many ways,” she said. “They have the right vision and three and a half years in City changed my ideas of the concept of the experience of football.

“You buy it with your eyes and your feelings. “Of course with that experience I feed back a lot from my days in the EPL.”