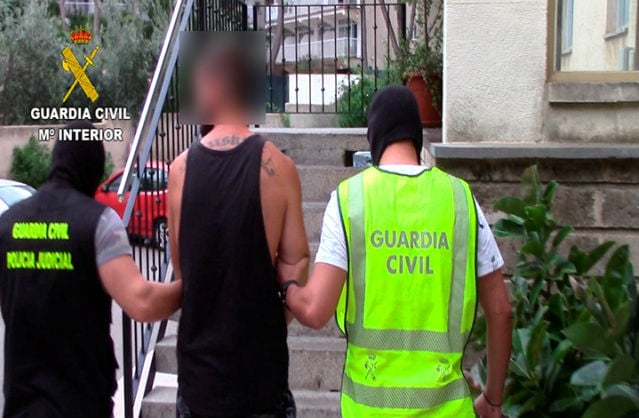 One of the suspects in the Magaluf raids. Photo: Guardia Civil.

The suspects were part of a criminal organization intending to sell illegal drugs to tourists in Magaluf’s nightclubs on popular holiday island Mallorca, according to Spanish police.

Cannabis and ecstasy were among the list of other drugs which were seized. MDMA tablets, methamphetamine and hashish were also found, though in smaller quantities.

SEE ALSO: Spanish police seize half a tonne of cocaine hidden in bricks

Footage of heavily-armoured officers carrying guns and wearing helmets and masks raiding a block of apartments was shown on ITV News. The raids were accompanied by a police helicopter hovering overhead.

But this isn’t the first time drug raids have taken place on the popular vacation island.