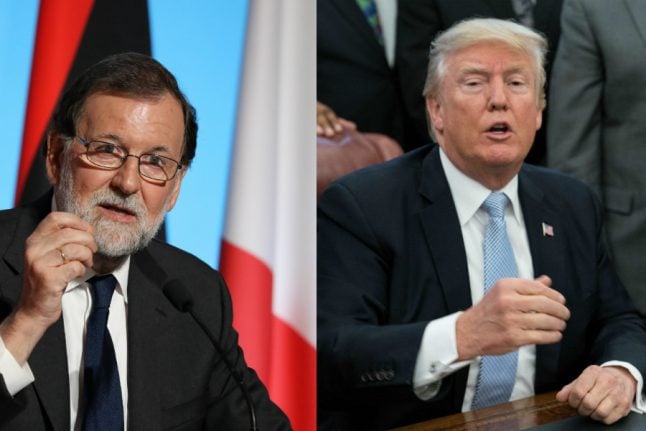 The two leaders have already met at a G20 summit in Hamburg, Germany and a NATO  summit in Brussels, but this will be their first scheduled head-to-head talks.

Last month Trump called Rajoy to present his condolences after terror attacks in Catalonia left a total of 16 people dead and 120 injured.

The first phone conversation between the two leaders was in February when Trump assured Rajoy that the United States remains committed to NATO, despite his past criticism of the transatlantic military alliance.

Trump and Rajoy then agreed “to continue close security, economic and counterterrorism cooperation”.

Rajoy, in power since 2011, visited the White House in January 2014 when Trump's predecessor Barack Obama was in office.

Obama made an official visit to Spain in July 2016.