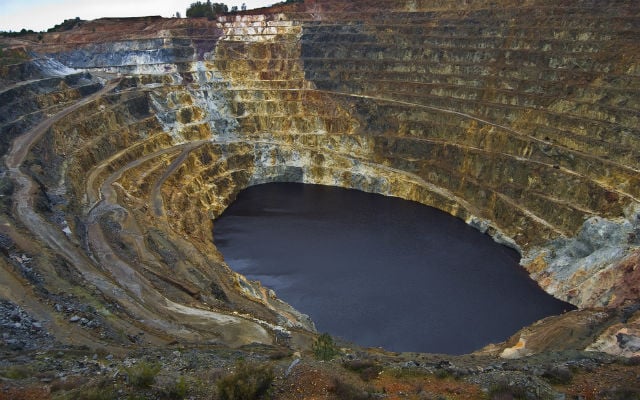 Spain's national institute for geology and mining has begun work to neutralize deposits of carbon dioxide in a gas-charged artificial reservoir near Huelva, in southwestern Spain.

Known in Spanish as el lago asesino – the killer lake –  the artificial reservoir in Puebla de Guzmán, a village near Huelva, looks idyllic.

But it's what lies beneath that threatens to unleash disaster: more than 80,000 cubic metres of carbon dioxide.

The deposits were caused by the acid waters from ancient mining activity in contact with carbonates from the ground.

Up to 2.5 litres of carbon dioxide are dissolved in one litre of the deep water, concluded a 2016 study by geologists.

“There's enough CO2 for it to be dangerous,” Javier Sánchez España, an IGGE biogeochemist, said in a report by El Pais.

The geologists will begin installing a system this month to extract the gas from the lake's floor at a total cost of more than €21 million.

“It's like a giant pajita,” says Sánchez España, explaining how the carbon dioxide will be removed.

A pipe will be placed into the water to extract the gas and the work will apparently be completed within five months.

The CO2 stored in what is apparently Europe's only such lake does not represent a threat in normal conditions, say experts.

But an earthquake, for example, could cause the carbon dioxide to be released into the atmosphere with catastrophic consequences.

What experts fear is what is known as a limnic eruption, also known as a lake overturn, a rare type of natural disaster in which dissolved carbon dioxide (CO2) suddenly erupts from deep lake waters, forming a gas cloud.

A lake overturn in 1986 in Lake Nyos in Cameroon, caused by volcanic activity under the lake, killed more than 1,700 people.