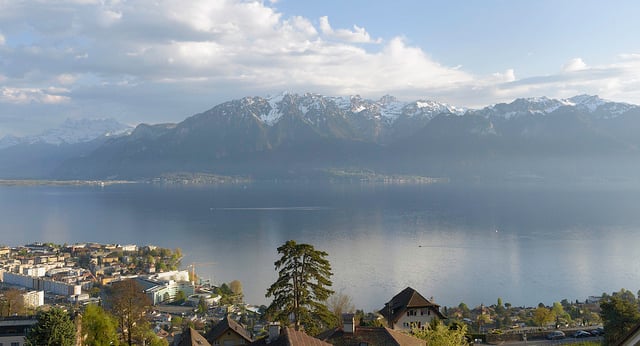 A view over Vevey. Photo: RD/Flickr
The Spanish woman, named as Lucia C., works as an au pair on the Swiss Riviera, the area between Lausanne and Montreux on the shore of Lake Geneva.
She was last seen by friends on Friday night, reported Le Matin, but did not return home.
The car she was using – a grey Audi A3 – was found damaged at Monts-de Corsier north of Vevey on Saturday morning at around 6am, police said.
But so far, despite an extensive police search involving dogs, drones and helicopter, the young woman has not been found.
According to police Lucia is 163cm tall, of medium build, with brown eyes and light chestnut hair, wearing a blue top with a butterfly pattern, white trousers, gold-coloured shoes and a bronze watch.
Anyone with information about her whereabouts should contact Vaud police on 021 333 5333. 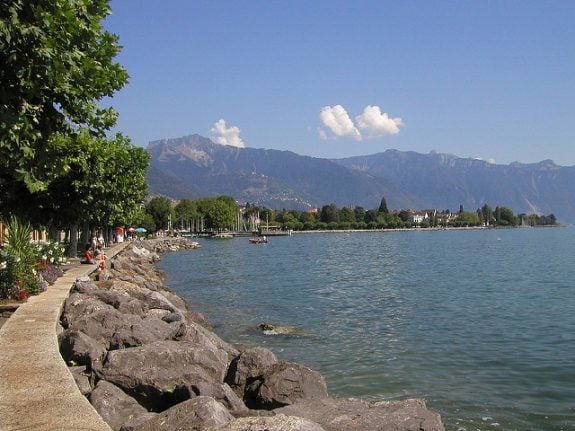 The Spaniard has been working as an au pair in the Vevey region. Photo: Timo Newton-Syms/Flickr
Lucia C. was found “injured and disorientated” and was taken to hospital, Vaud police said in a statement on Tuesday.
Investigations are underway to determine what happened to her. No other information will be given at this stage, added police.
The 23-year-old Spaniard was last seen by friends on Friday night but then vanished.
On Saturday morning the car she was using – a grey Audi A3 – was found damaged at Monts-de-Corsier above Vevey, not far from the family home where Lucia was working as an au pair.

According to Le Matin, she was found on Tuesday at 2.30pm, around 700m from where the car was discovered three days earlier.
Url copied to clipboard!