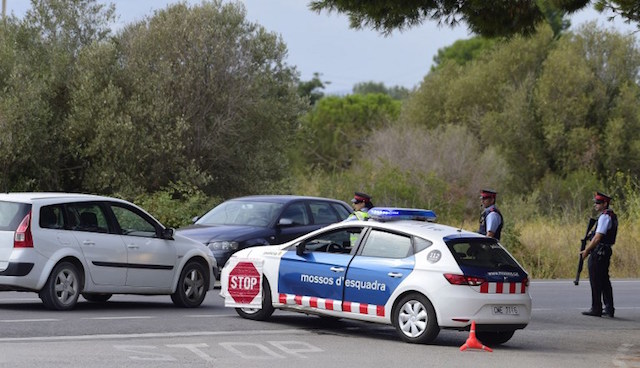 Police officers block a road near Alcanar on August 20th. Photo: Jose Jordan/AFP
“We're starting to see clearly that (the Alcanar house) was the place where they were preparing explosives for one or more attacks in the city of Barcelona,” police chief of Catalonia region Josep Lluis Trapero told journalists.
On the eve of the attack in Barcelona, an explosion had occurred at the house about 200 kilometres south of the city, and police believe it was detonated in error by the suspected jihadists.
READ ALSO: 'They're our neighbours': Hometown of Spain attack suspects in shock