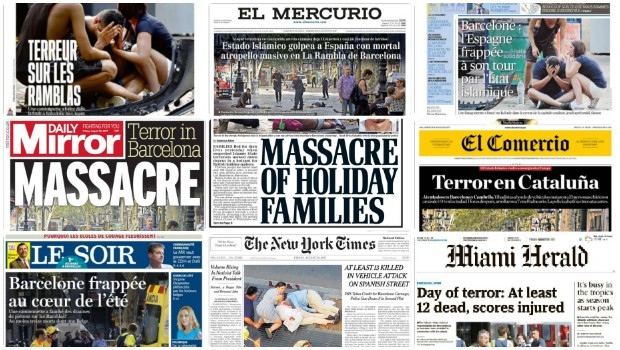 The shock and tragedy of a terror attack claimed by ISIS has dominated Friday's newspaper front pages.

When a van crashed into crowds in busy pedestrian area Las Ramblas, at least 14 people were killed and 100 injured.

Here's how newspapers across the globe have reacted to the rampage. Take an early look at the front page of The Wall Street Journalhttps://t.co/5xQPDOUKJQ pic.twitter.com/Dsr1r3cfH5