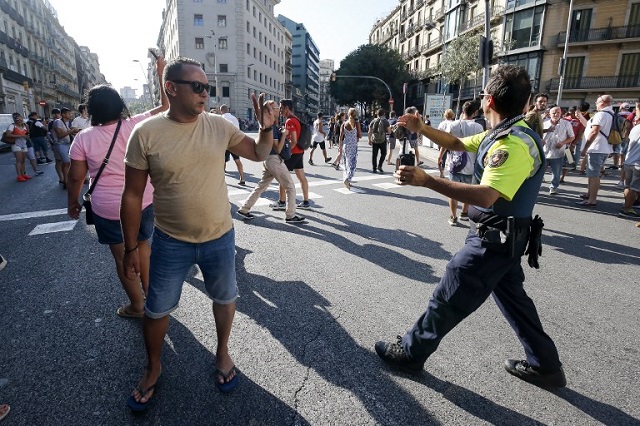 A police officer moves people back from a cordoned off area. All photos: AFP

Pictures from the scene show armed police arrive in a cordoned-off area, while tourists and locals were evacuated from the busy Plaza de Catalunya. A person is seen being stretchered out of an evacuated shopping centre. A police officer blocks the street to move people away from the area. An armed officer arrives on the scene. Abandoned balloons left by a street vendor in the Plaza de Catalunya. Police officers move people back from the cordoned-off area. Police officers assist an elderly woman as residents and tourists are evacuated.

All photos, unless otherwise stated: Pau Barrena and Josep Lago/AFP