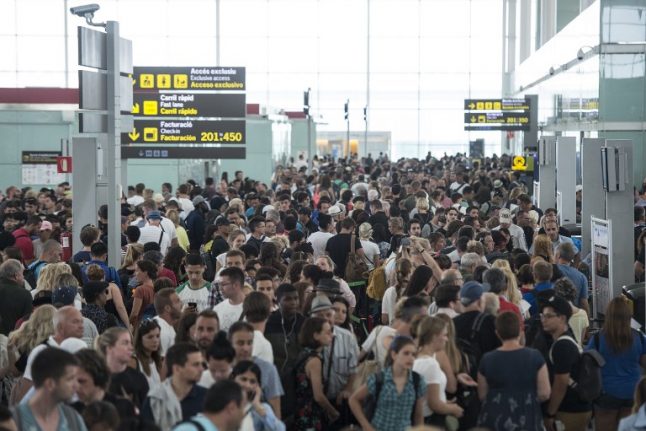 Crowds form during strike by security staff at Barcelona airport. But there is worse to come. Photo: AFP

But worse is yet to come after airport workers voted for a general strike at 25 airports in Spain in a mass protest against working conditions and low pay.

Car park staff, luggage belt-operators security, IT and retail and catering staff will all down tools on 25 days from September 15th until the end of the year.

The 24 hour strikes have been set for five days in September, seven days in October, two days in November and 11 days in December, including five consecutive days from December 26th to 30th – dates that will cause maximum disruption to Christmas and New Year travellers.

Three main workers unions – USO, CCOO and UGT – are behind the action to be carried out against airport operators AENA but are hopeful that with negotiation a deal may be struck to avoid strike action.