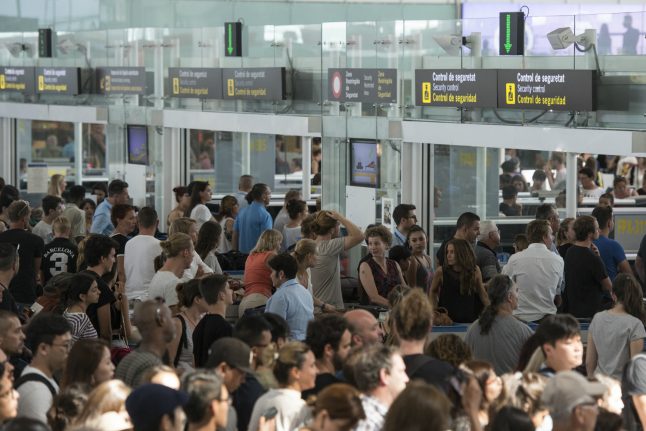 The El Prat airport, Spain's second busiest after Madrid, has been hit by a partial work stoppage at baggage control since Friday last week, as guards complain about their workload, staffing levels and salaries.

The 360 employees, contracted by multinational firm Eulen, have stopped work for four hours on specific days.

But after negotiations with their company and a government mediator broke down — with workers rejecting an 18 percent salary rise — they will launch into a full-time strike from Monday.

Public Works Minister Inigo de la Serna told reporters that as a result the government had decided to call in the Guardia Civil police force to help out.

The Eulen employees are required by law to ensure at least 90-percent service during their strike, and the police officers will assist them in implementing full-body and luggage checks, he said.

“No one can forget the terrorism alert level we have,” he said, adding the measures were taken “to avoid any problem of this kind from happening.”

Spain is currently on a level four terror alert out of a maximum of five.

The airport has become a European hub for low-cost airlines lured by the Mediterranean city's attraction as a tourist destination.