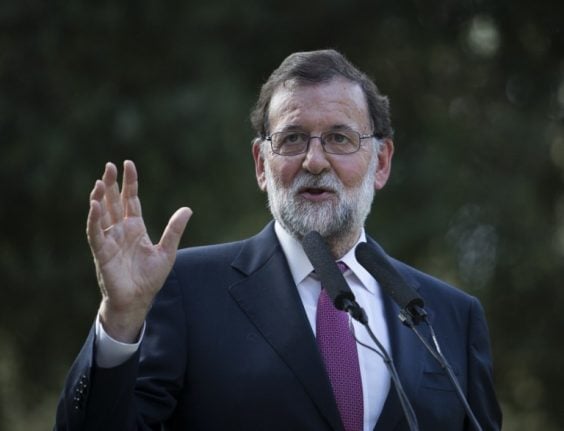 “We are going to continue to work to deepen economic and monetary union,” conservative Rajoy said after meeting King Felipe on Mallorca.

“Spain is backing a European finance minister and a European budget which will progressively bring closer together living standards and the wealth of all European countries,” said Rajoy, who will attend the summit in Paris hosted by French President Emmanuel Macron, a fellow backer of the policies.

“Spain is going to bet on the existence of eurobonds, a European treasury emitting eurobonds,” said Rajoy, adding that would bolster eurozone market credibility.

Spanish Finance Minister Luis de Guindos in June urged deep reform of the eurozone to include the creation of a “European monetary fund” and decide on “a certain percentage of national budgets.

De Guindos told the Financial Times that Brexit and the Trump presidency were both factors pushing Europe and the single currency zone towards greater integration, although the proposed reforms would require amending existing treaties.

German Chancellor Angela Merkel has indicated she would support the proposals although there is strong public resistence in Germany and she is up for re-election in September.