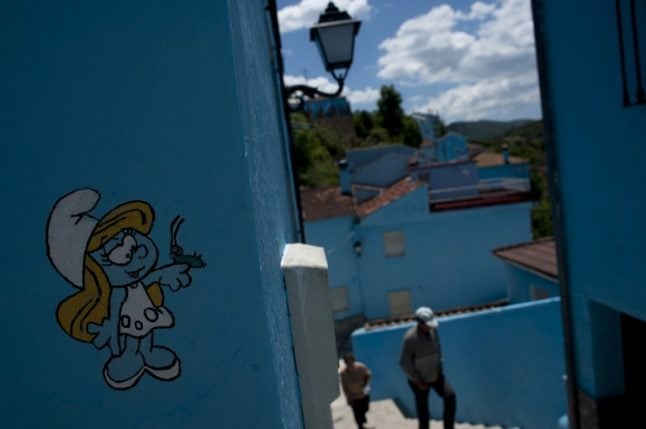 The once sleepy village of 250 inhabitants in the hills inland from the Costa del Sol will, from August 15th, cease to make any reference to the small blue characters which have been responsible for putting it on the tourist trail.

Every single building in the village was painted blue in 2011 as a stunt to promote the Spanish premiere of The Smurfs 3D movie, in what was supposed to be a temporary measure. But residents liked the new shade of their homes – and realized the tourism potential – that they voted to keep the paint job and promoted the village as the world’s only ‘Smurf village’.

In a region where unemployment stood at 35 percent at its peak, entrepreneurial locals turned their blue village into a money-spinning venture, attracting some 50,000 tourists a year on day trips from the coast.

Paintings of Smurfs adorn the walls, stalls are crammed with Smurf souvenirs and some locals even dress up as Smurf characters to pose for photos. But a bitter dispute between the town hall and heirs of the Smurf creator, the Belgian comics artist Pierre Culliford whose pen name was Peyo, resulted in locals agreeing to pay 12 percent in royalties on all Smurf-related income.

However, in a noticed posted on the council website last week, the mayor’s office announced that from August 15th, all smurf related activities must cease – although the village will remain blue.

Labelled “important information for tourists”, the communique stated that Júzcar had “lost the authorization to market itself as a Smurf town” and “from Tuesday August 15th there will be no more statues or references to that brand”.

Although in the notice, which has since removed from the website, the council made no clarification for the reasons behind the decision and have said they “have nothing further to comment” on the matter.