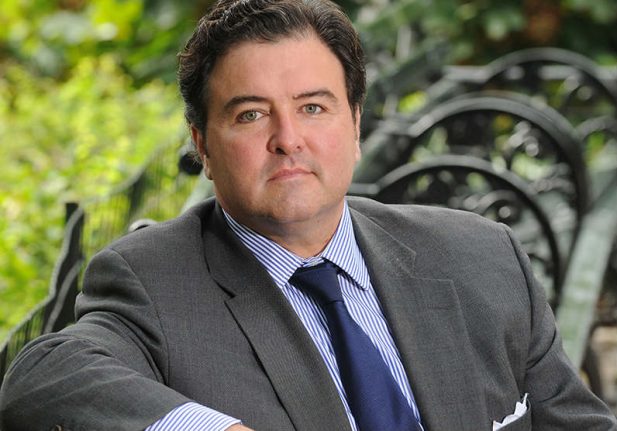 Buchan and his wife Hannah became early financial supporters of Donald Trump’s presidential campaign, accompanying him to rallies, the Republican National Convention, and all three presidential debates as well as co-hosting 20 fundraising events.

On the day of his inauguration, the Buchans went to church with Trump and his family, and sat near Trump as he was sworn-in as president, according to a profile in the New York Times.

He has been rewarded for his unswerving support of Trump, and for contributing $898.000  (€758.000) to his campaign fund – the maximum permitted by law –  with the appointment as ambassador to Spain and Andorra.

The appointment is a dream come true for Buchan, whose love affair with Spain began on a student exchange with an academic year spent in Seville University when he was an undergraduate at North Carolina University in Chapel Hill.

Unlike many of his predecessors. Buchan speaks fluent Spanish, claims to have a working knowledge of Catalan (after a stint studying in Valencia) and has been a longstanding admirer of Spanish culture.

In 2011, he established The Buchan Excellence Fund at his Alma Mater  support faculty, graduate students and undergraduates working in Spanish languages, literature and culture.

“The study of the Spanish language, literature and cultures provided me a passport to a world outside the U.S. and instilled in me a global perspective,” Buchan said in an article published in the faculty’s website

Buchan is the founder and CEO of Hunter Global Investors, a private investment management firm based in Palm Beach, Florida and he also owns a horse stud and organic farm growing more than 60 varieties of vegetables.

His nomination still needs to be confirmed by the Senate.

Buchan replaces James Costos, a former HBO executive who was appointed ambassador to Spain by President Barack Obama in August 2013 and left in January when Trump came into office.

Costos and his interior decorator husband Micheal Smith (a close friend of the former First Lady who decorated their private rooms in the White House at the start of the Obama administration) hosted the Obamas on an official visit last year.