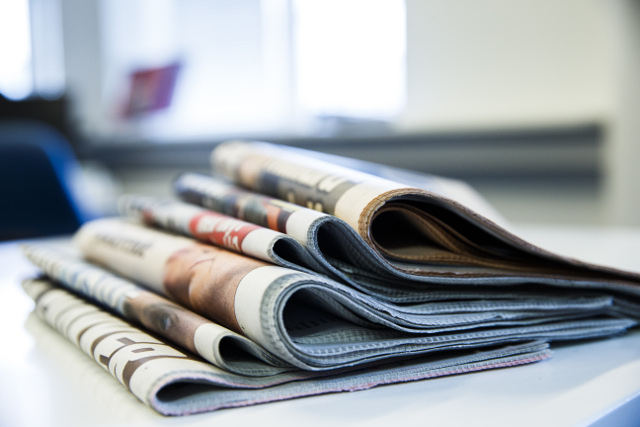 The warning in a Cold War Swedish pamphlet is stark: “Be on your guard against fake radio broadcasts. Remember that even well known voices on the air can be imitated. Listen critically!” But today, at another moment of great international instability, it's a message that risks being lost on both journalists and the public.

As I woke up on the last day of my holiday, I started getting messages from journalists at Al Jazeera and the BBC, asking me to confirm a report on The Local. According to them, we'd run an interview with FIFA boss Gianni Infantino, who had said Saudi Arabia and six other Middle Eastern countries were demanding Qatar be stripped of the World Cup.

The story was piffle. And despite appearances, it was not on The Local. Someone had cloned The Local, using a similar web address, and had published the story. Reuters and other international media had picked it up and re-reported it, citing The Local. The story didn't sound outlandish and its apparent appearance in mainstream media gave it credibility.

We still don't know who did it, though in a possibly related incident the Washington Post later reported that US officials were accusing the United Arab Emirates of a previous hack of Qatari media. In that incident, the hackers planted false quotes from the Emir of Qatar about Israel and Iran, causing a major crisis in the region. It's maybe not a wild guess to say that the story (not) on The Local was intended to pour oil on the flames.

Fake news is nothing new. In the mid-eighties, the Soviet Union went to huge lengths to fabricate a story accusing the CIA of inventing the AIDS virus as a way of attacking Africa and its own black population. It was a sophisticated operation: fake research was produced by real East German scientists and the results spread via Soviet propaganda units to newspapers in countries such as India and Ghana. Gradually, the stories seeped into the mainstream.

The results were frighteningly long-lasting: in 2005, 16 percent of African Americans believed AIDS was created by the government to control the black population.

British journalist Peter Pomerantsev says we are seeing the 'weaponization of information', where countries or political groups use disinformation to harm each other. The recent epidemic of fake news has mostly been spread by hyper-partisan outlets or state propaganda sites, like Breitbart or RT (Russia Today).

But broad swathes of the public have already learned to distrust sites like these, and Facebook and Google have been embarrassed into taking steps to curb them. Now, genuine news sites are the new front in the information war.

The AIDS story is memorable because it was so outrageous and well-planned. But the really insidious fake stories are often also mundane and far less elaborate. A fake story from Milos Yiannopoulos that Sweden was banning Christmas lights on public roads fed into the myth that immigration was robbing Sweden of its culture. Mainstream British newspapers for years repeated the lie that the EU had banned bendy bananas – an idiotic myth, but one that fed the deepest prejudices of many voters. Even the President of the United States repeats half-remembered myths and distortions he heard on Fox News. The individual power of these stories is less important than the drip, drip effect a succession of similar fake stories has on how we perceive the world.

Fake news writers, whoever they work for, know that clicks are driven by stuff that confirms people's deepest prejudices. If a story casts suspicion on minorities, slams the elites or spreads conspiracy theories about rival countries, we're almost pre-programmed to believe it.

Fake news – propaganda – manipulates us to act against our own interests. It makes us think good politicians are crooked, out-of-touch or incompetent and encourages us to elect genuinely bad ones. It makes us think other countries threaten our way of life, and this causes political or even military conflict. We should all be scared about what the lies are doing to our politics, our societies and our brains: a collection of little lies lodged in our subconsciouses can do far more damage than the big, bold, disprovable lies.

When countries or political groups with huge resources decide to use real media to fight their wars, we are all incredibly vulnerable. Serious journalists need to check their sources more rigorously – if our readers can't trust us, we lose our reason to exist. But journalists are fallible and easily imitated. The last line of defence is still what it was in Cold War Sweden: the scepticism of the crowd.