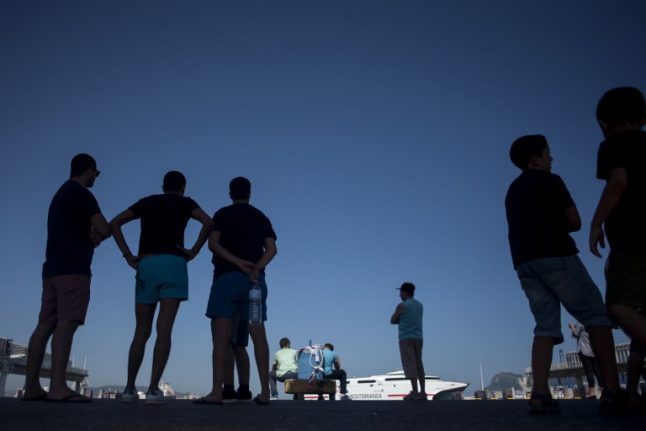 This year, close to three million are expected to make the trip there and back through 16 ports in Spain, Morocco and Algeria in an exodus that presents a huge logistical challenge.

In 2016, Spain's civil protection agency registered 2.8 million passengers crossing the country, and it expects even more to make the trip this year.

As a result, some 13,000 police officers have been mobilised on the Spanish side, along with translators and Red Cross volunteers.

Said Arrhamani, who lives in France's northeastern Ardennes region, knows the route off by heart, having done it since he was a kid when his family would spend their summer holidays in Rabat in Morocco.

It's now his turn to drive his four young children more than 2,000 kilometres (1,200 miles) down to the port of Algeciras in Spain's south, through which more than half of those crossing the country transit.

“Thirty years ago, this was pretty unhealthy,” says the 36-year-old in the port where a hectic atmosphere reigns, with cars, trucks and buses filling all available parking spaces, waiting to board ferries.

“We could wait two days before boarding, and there were traffic jams that reached the outskirts of Algeciras.

“Now there are agents who speak to us in French and guide us until the end.” At the Algeciras port, most cars — some modest, others expensive — are filled with clothes, food, nappies and blankets.

While some holidaymakers eat and chat, others sleep inside their car or lie down on carpets in the shade, and still more smoke hookah pipes.

“We left Nice (in southeastern France) yesterday at nine at night, and we arrived this afternoon,” says Karima Bel Hafout, travelling to Rabat via Tangier with her husband and two children.

Others have taken the bus, and arrive even more tired.

“I've done my back in trying to sleep,” says Hamid Hafid, with a mix of resignation and humour, having come from Agen in southern France.

“It's hard and long,” adds his friend Said Khadrouf, drinking from his water bottle. After spending time back home, they will all go back north again in August and the first half of September under the watchful eye of Spanish security agents.

To avoid illegal immigration and fearing extremist attacks, agents from 16 other European countries have been mobilised to work with officers in Spain.

Manuel Alcazar, the port's chief of protection, says all this activity takes its toll on the port, one of the biggest in Europe.

Sitting in front of a high-definition screen in his office, where he examines the footage of close to 700 security cameras, he explains that on peak days, authorities give priority to passengers.

This, however, means that the loading of trucks carrying merchandise goes slower.

And this is an important part of the activity of a port which deals with merchandise from Spanish textiles group Inditex, spare parts for car-maker Renault, which has a factory in Tangier, agricultural products and seafood.

But for shipping companies, the annual exodus is good for business, particularly for those who operate in the Strait of Gibraltar — they make 40 percent of their annual turnover between mid-June and mid-September.

The mass migration wave also creates temporary jobs in Algeciras, a city of 120,000, where 28,000 direct and indirect posts depend on the port.

Among these are more than 200 young people wearing fluorescent yellow shirts who help direct the traffic and count the vehicles with the help of smartphones.

Isabel Corrales, about to start her last year of studying administration and finance at university, is one such temporary worker.

She's been doing this every summer for five years, and the money earned — close to €1,000 — helps her finance her studies.

“This money is very welcome,” she says with a large smile. HEALTH
LISTED: The 14 sun creams Spain wants to take off the market
Url copied to clipboard!