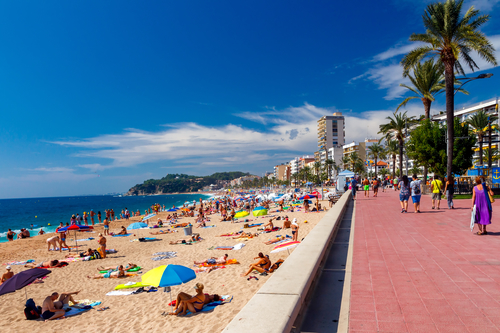 A total of 13 provinces in the northeastern interior of Spain were on Tuesday issued with weather alerts for thunder storms, while seven others were declared at risk of higher than usual temperatures.

Parts of Zaragoza, Girona and Leida were issued with the orange alert – which indicates serious risk –  for rain and storms while much of the rest of the interior northeast of the country was issued with yellow warnings – indicating significant risk – for thunderstorms and rainfall.

Meanwhile, the Balearic Islands of Mallorca, Menorca were told to expect hotter than usual temperatures reaching above 35C and were issued with orange alerts, while neighbouring party island of Ibiza was on yellow alert.

The weather was forecast to stabilize as the week progresses.

READ MORE: Ten useful phrases to discuss the weather like a true Spaniard