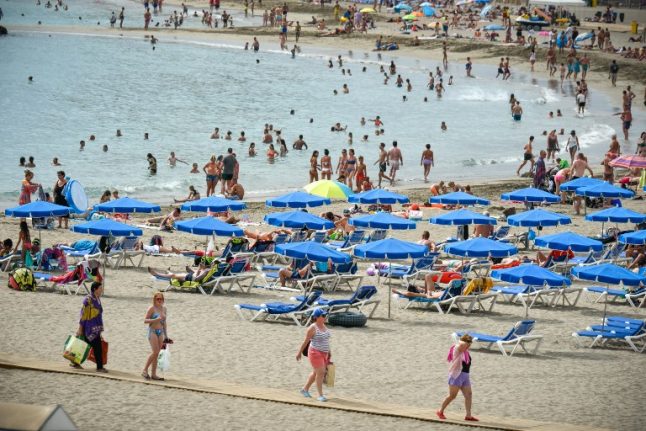 Tourism numbers to Spain are expected to reach a record in 2017. Photo: AFP

READ MORE: Spain proves it is more popular than ever

The second quarter tends to be a strong period of job creation as the tourism season begins, with the services sector creating the most jobs in the second quarter — 272,400 — as hotels, restaurants and other tourist-oriented businesses took on extra staff.

While Spain's unemployment rate is down from a peak of 26.9 percent in the first quarter of 2013, it is still nearly twice the eurozone average of 9.3 percent and the bulk of the jobs being created are temporary contracts rather than permanent.

READ ALSO: Nearly half of Europe's top tourist sites are in Spain