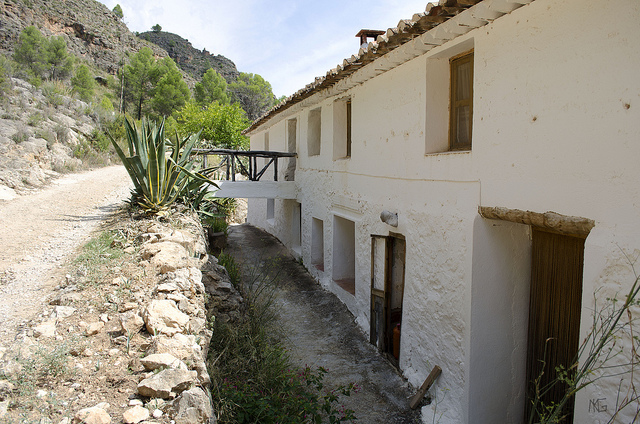 The victims were described as a 36 year-old man from Hellín, a 33-year-old from Alicante and a woman of 35, who was treated in hospital for minor injuries.

The exact details of the accident, which happened at the rural property  near Elche de la Sierra in the province of Albacete at 1am on Sunday morning, have not emerged.

But according to Europa Press, the group were in a sauna constructed in an ‘igloo-shaped’ construction made from reeds and mud at a spiritual retreat known as La Longuera.

The farmhouse located on 300 hectares of land in the Sierra del Segura, operated as a centre for ‘Paz y Trabajo’ – peace and work – which focused on the teachings of Mahatma Gandhi.

It was started by a group of friends from Murcia in the 1980s as a Community of the Ark commune where residents grew organic produce and followed the philosophy of Lanza del Vasto, a disciple of Gandhi’s non-violent teachings.