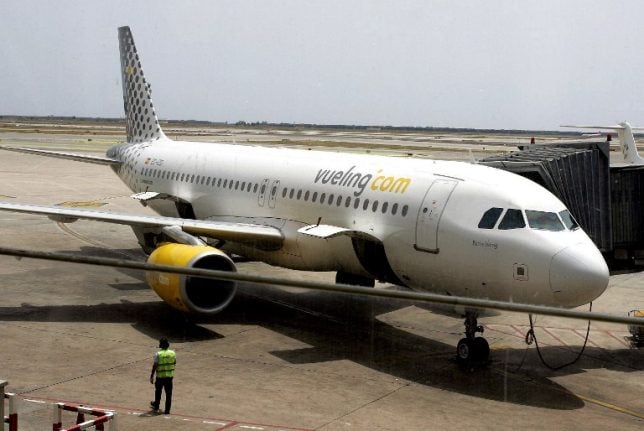 The protest delayed the Vueling flight by 2.5 hours. Photo: AFP

The protest by six passengers delayed the flight on Saturday by more than two hours after the unnamed Sengalese man was brought on wearing handcuffs.

He was flanked by border guards and was heard to be complaining loudly about being deported. His complaints won him sympathy with passengers in his vicinity, who refused to take their seats and insisted his deportation be cancelled.

Spanish news agency Efe reported that the migrant had arrived at El Prat airport without a work or residence permit and had therefore been refused entry and was being sent back to Dakar.

The Guardia Civil were called in to order all passengers off the plane and they were only allowed to reboard once the six troublemakers had been identified.

Eventually the plane took off some two and a half late, with the Senegalese on board for repatriation, but without the six protesting passengers who were banned from the flight.

The incident prompted a protest at Seville airport on Sunday.  Anti-deportation activists from the group Caravana Abriendo Fronteras (Open Borders Caravan), staged a noisy protest in the airport terminal to highlight the 'inhumane' practice of deporting migrants.