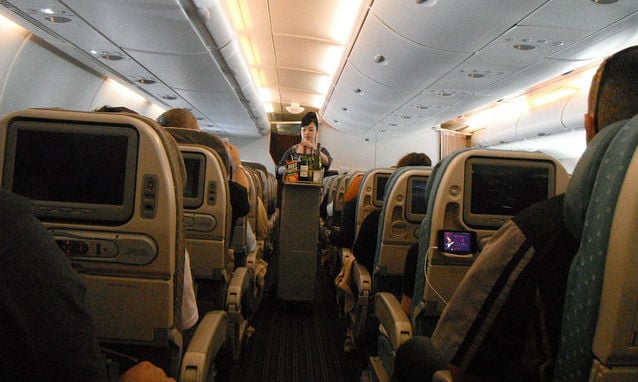 The plea comes after recent, much-publicised reports of drunken brawls or alcohol-fuelled sexual frolics on flights to an archipelago which attracts millions of visitors every year — with many flocking to resorts notorious for their sex and booze excess.

“We ask the central government and the European Commission to ban the consumption of alcoholic drinks on flights and in airports,” said Pilar Carbonell, in charge of tourism for the local government of the Balearic
Islands.

In a statement, she said authorities were asking that these measures be taken “to guarantee security… and tackle anti-social tourism.”

The statement did not say if the local authorities were asking for alcohol to be banned on all EU flights, or simply those going to the Balearic Islands.

“The aim of the measure is to improve passenger security and also that of security forces in planes and airports in our islands, who are often faced with drunk passengers,” it said.

READ ALSO: Stag do drunks arrested after fight on flight to Spain

The Balearic Islands have long been a magnet for visitors looking for sun and fun on a cheap budget, but some of its resorts have now become notorious examples of a dark underbelly of tourism, with drink and drug binges that have at times proved deadly.

The “balconing” craze, for instance, in which people jump from a hotel or apartment balcony into a pool, is endemic in the archipelago.

Fuelled by alcohol or drugs, the jumpers sometimes miss the pool, ending up in hospital or dead.

According to a study carried out by doctors at the Son Espases hospital in Palma de Majorca, most of those who end up in the trauma centre due to “balconing” are British, followed by Germans.

But tourists sometimes get the party started before they even get to the resorts, while still on the planes taking them there.

In May, Spain's Guardia Civil police force had to board a Ryanair flight in Palma to drag away three drunk men who had brawled all the way from Manchester in Britain, according to The Manchester Evening News.

The newspaper published a video of the police agents marching onto the plane to applause from the rest of the passengers.

Some flights have even had to be diverted because of rowdy passengers. 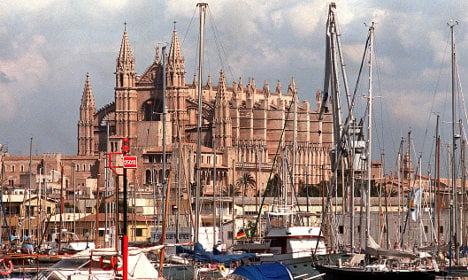 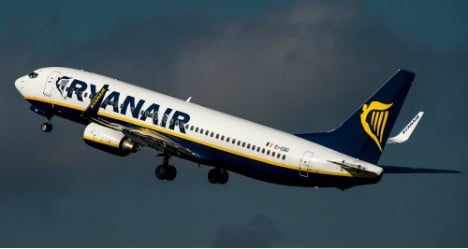