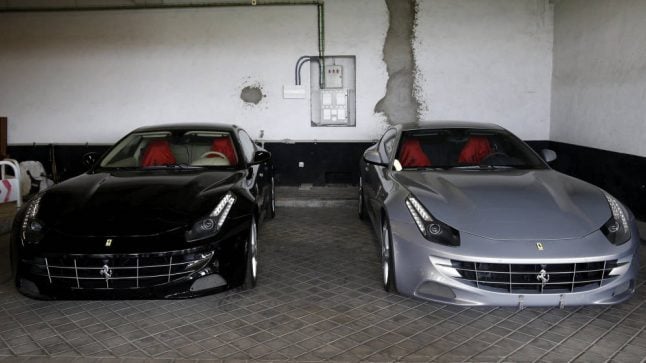 A symbol of corruption in Spain's scandal-hit monarchy, the black and silver-plated cars were ceded to the state by King Felipe VI when he took over in 2014 after his father's abdication and pledged to clean up the royals' image.

The crown's popularity had been severely damaged by Juan Carlos's lavish lifestyle at a time of devastating economic crisis in Spain, as well as Princess Cristina's alleged involvement in a corruption scandal targeting her husband, for which she has since been acquitted.

The sports cars were given to Juan Carlos by Sheikh Mohammed bin Rashid al-Maktoum, prime minister of the United Arab Emirates, after the former king visited his country in 2011, but he never drove them.

In Thursday's auction in Madrid, however, they went for €201,555 and €242,287, one of them to a car dealership and the other to a private buyer, the finance ministry announced in a statement.

Felipe has ordered members of the royal family not to accept any extravagant gifts. Any official presents they receive must now be donated to national heritage.