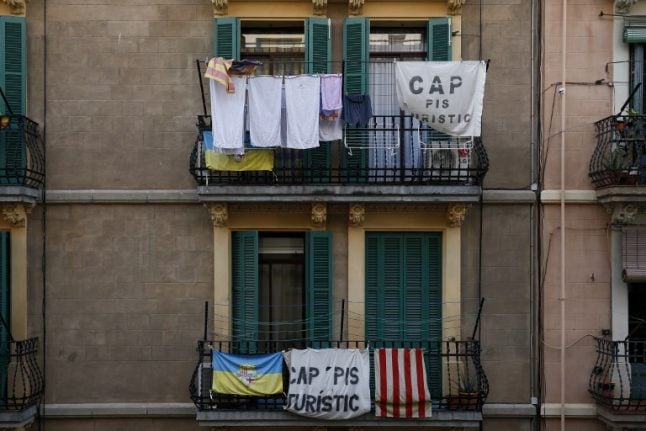 The city fined Airbnb €600,000 ($685,000) last year for advertising hundreds of properties that were not listed on a regional tourism registry as required by a law introduced in 2012.

It had threatened last month to keep fining Airbnb unless the adverts were taken down from the website.

During a meeting with city officials Airbnb “proposed a simple process for city hall to notify it of illegal tourist lodgings, which we will quickly take down from the website,” Sergio Vinay, who is in charge of Airbnb's public policy in Barcelona, said in a statement. Barcelona city hall will provide Airbnb with a list of the first adverts which it says should be removed from the website, the councillor in charge of tourism, Agusti Colom, said.

“We are at a turning point, a change in attitude. Airbnb is starting to address the issues which we have raised,” he added.

Barcelona mayor Ada Colau, a former anti-eviction activist, has sought to curb a boom in visitor numbers since she came to power in 2015, fearing it will spoil the attraction of the city.

Cities like Berlin, Paris and Barcelona say home-sharing websites for tourists deprive locals of apartments for permanent rent and push up prices for homes remaining on the market.

In addition to fining homesharing websites like Airbnb and its rival HomeAway — which was also hit with a fine of €600,000 — Barcelona in January banned the opening of new hotels in the saturated city centre.