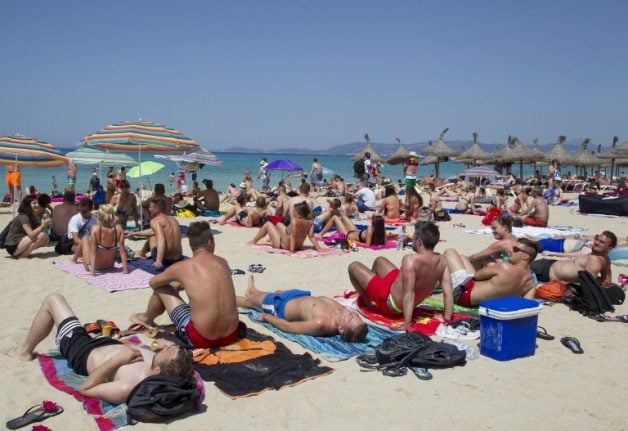 The scams are pushing up the price of packet holidays for everyone. Photo: AFP

The UK government has now taken steps in the fight against fake food poisoning claims after uproar from Spanish tourism authorities, in part because of the “damage to the British reputation overseas.”

Currently, a loophole allows claims management firms to levy unlimited legal costs for incidents that take place overseas, so tour operators which fight claims can pay costs that are out of proportion to the damages.

Under the new proposals, operators would pay a prescribed sum depending on the value of the claim, making the cost of defending a claim predictable.

A system to control costs already exists for most personal injury claims in England and Wales, and it will should not affect compensation to those with genuine claims.

“Our message to those who make false holiday sickness claims is clear – your actions are damaging and will not be tolerated,” said Lidington.

“We are addressing this issue, and will continue to explore further steps we can take. This government is absolutely determined to tackle the compensation culture which has penalised the honest majority for too long.”

He added: “These changes will crack down on those who do make bogus claims and help stop the price of package holidays soaring for the honest majority.” The scams proliferated in resorts such as Benidorm. Photo: AFP

The number of sickness claims rose by 700 per cent in 2016, according to date from CEHAT.

READ ALSO: British tourists in Spain have the most holiday mishaps Among the “stringent measures” to be implemented this year will be a ‘traceability' scheme that will see guests have their consumption of food and drink tightly monitored.

Hotels will also start a campaign involving the distribution of leaflets explaining that false insurance claims constitute a ‘criminal offence' in Spain.