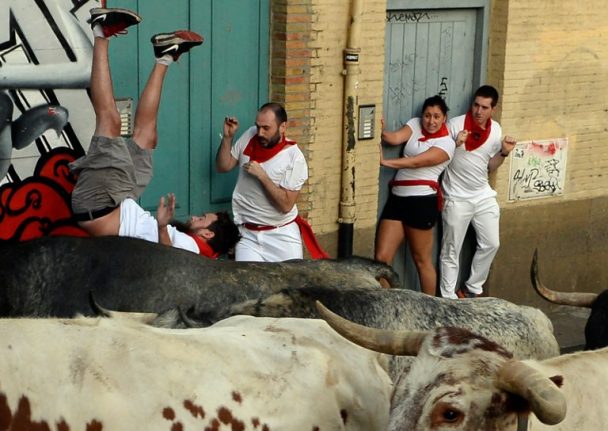 The nine-day fiesta, which kicked off on Thursday, dates back to the Middle Ages, commemorating a local saint.

Crowd of revellers, dressed in white and red and often fuelled by copious amounts of wine, sprint down the narrow streets of Pamplona pursued by six bulls

The three-minute, 850-metre (yard) ritual was immortalised by Ernest Hemingway in the 1926 novel “The Sun Also Rises.”