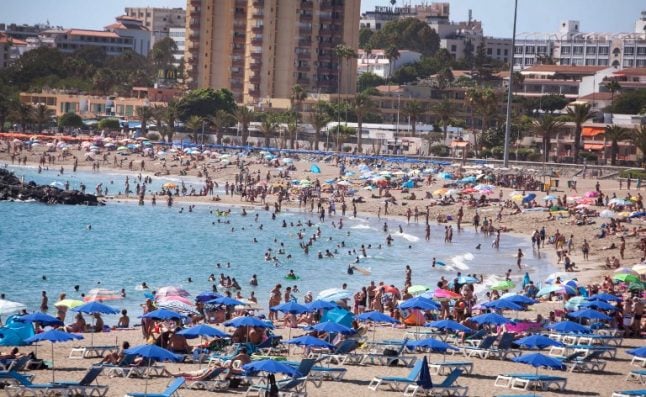 Thousands of tourists sunbathe on the beach of Las Vistas in Los Cristianos on the southern coast of the Canary island of Tenerife. File Photo: Desiree Martin/AFP

The Canary Islands is the most visited site in the EU, according to overnight tourism figures for 2015 released by Eurostat today.

Catalunya came in third, the Balearic Islands – which include Mallorca and Ibiza – was ranked 5th, with Andalusia in 7th place.

According to the Eurostat document, the Canary Islands registered a total of 94 million overnight stays in 2015. Catalunya had just over 70 million nights spent in tourism facilities.

Nearly 90% of tourism nights spent in the EU are by EU residents, says the report.

In 2016 the total money spent by tourists in Spain amounted to €77 billion, a record, according to figures from the country's Ministry of Energy and Tourism.

READ MORE: The intern's guide to surviving a summer in Spain